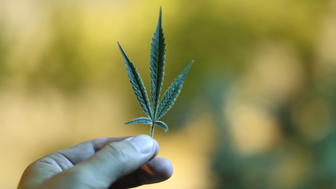 The company is the first commercial insurance provider for marijuana businesses in the state, but commissioner Dave Jones hopes that number grows.

The new initiative is a product of Jones’ work. Earlier this year, he encouraged commercial insurance companies to fill coverage gaps for the state’s cannabis industry.

Golden Bear is not the first company in the country to provide insurance for the cannabis business, but they are the first “commercial carrier.” Jones said there are currently 25 other carriers who provide what is known as “surplus lines insurance” ― essentially a riskier form of insurance that most standard insurances companies will not provide.

The new move comes in the wake of devastating wildfires that ripped through northern California, severely damaging marijuana farmers’ crops, businesses and livelihoods. Dozens of cannabis farms in the region suffered significant losses from the fires, which destroyed barns, buildings and damaged or destroyed cannabis crops. One farmer, who asked to remain unnamed, told HuffPost that their losses exceed $1 million.

By allowing a commercial carrier like Golden Bear into the market, it will also become easier to cover future losses that hit outdoor marijuana crops, which are currently not covered by the surplus market, Jones said.

“This is yet another sign that marijuana is becoming more mainstream,” said Tom Angell, chairman of Marijuana Majority. “From polls showing increasing voter support for legalization to major corporations becoming more comfortable working with the industry, it’s clear which way things are headed — away from the prohibition era, and fast.”

Support for marijuana legalization in the United States is at a historic high. Last week, a Gallup poll found that 64 percent of Americans favor making marijuana legal ― the highest level of public support for legalization since the organization first posed the question almost five decades ago. Another first in the poll was that a majority of Republicans, Democrats and independents all voiced support for legal marijuana.