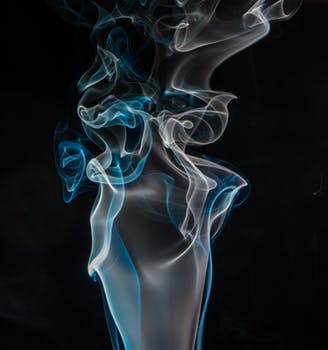 b. Blunt – Cannabis oil vaporizers are rising in popularity as more states legalize the use of marijuana. Vape pens don’t produce smoke, they smell better, they are more discreet, and are sometimes considered a safer alternative to burning the flower of the cannabis plant. The haste to develop products for this new demographic of users has led to the development of a wide variety of marijuana oil vaping accessories and tools, most of which remain unregulated by the FDA. This lack of regulation means most consumers are not aware of what additives are contained in their vape oil. Some of these additives may contain harmful substances that can wreak havoc on the respiratory system.

One of the primary concerns among vape users is the risk of popcorn lung (Bronchiolitis Obliterans), a serious lung condition in which the airways in your lungs become inflamed or blocked. The incidence of this disease is higher among vape users largely due to the presence of three chemicals found in thinning agents used in vape pens: diacetyl, polyethylene glycol (PEG), and propylene glycol (PG) (Tishler).

Most cannabis oils produced for vaporizers contain a thinning agent to prevent the oil from clumping, making it easier to consume. Thinning agents like PEG and PG have been found to produce carcinogens when heated to 230° C (the average temperature for vaporizers). Some of the carcinogens produced during heating include formaldehyde, acetaldehyde, and acrolein. These carcinogens can have profound effects on the body, such as inducing DNA damage, preventing DNA from repairing itself, and increasing the risk of death from lung problems like Chronic Obstructive Pulmonary Disease (Tishler). However, these toxic chemicals are typically only produced during exposure to extreme heat. Vaping at a lower temperature may reduce the formation of these carcinogens, though most oil-based vaporizer pens lack features which would allow the user to control the temperature at which the oil is vaporized.

Some thinning agents are composed of vegetable glycerin, the vaporizing of which has not been proven to produce high levels of carcinogens (Johnstone). Further, vaporizing the cannabis oil is far better for your lungs than traditional smoke as it does not produce tar or many of the other lung irritants associated with the combustion of marijuana. Additionally, vaporizing THC releases more cannabinoids per puff than traditional combustible methods so the consumer would need less product to attain the same results.

THC and CBD oil are typically safe for adults to use. However, the quality of the vaporizing system one is using will determine the quantity of carcinogens present. Lower temperature vape systems are less likely to form carcinogens than are high-heat systems. The convenience and availability of low-end vape pens make them an attractive option for the casual smoker, but vape pens with variable temperature control mechanisms will provide a cleaner and healthier high.

Patricia Miller is a content marketer who specializes in adventure, culture, and travel. As an anthropologist she has a unique outlook on the diversity of the human condition and hopes to share that perspective with her readers. Patricia also provides technical SEO and copywriting for businesses of all sizes.