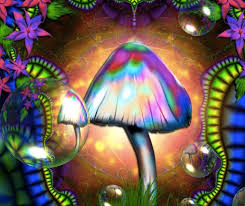 b.Blunt – Let’s b.Blunt. What happened to the All American Outsider? In the cultural miasma and confusion of the internet noise the ones who sought meaning, or some kind of common communication between themselves and another has completely broken down because nothing can be agreed upon because everything true is on this side of the wall.

Two seasons from now thousands of hungry mushroom heads, yuppies, hippies and general populi, all smart or either foolish, will decide to partake in the largest drug scene of our contemporary age. An all around global orgy of psychedelia by these malcontents who would gather not in some festival but in their homes, national parks, or anywhere really under the watchful eye of a trip sitter perhaps, to send their minds further than a far off Mars venture. For some it would be the first time in contact with something other than a human being. A form of communication perhaps not seemingly as verbose as any human language but in every way more profound.

I had all the right stuff, but none of the current capacity to conduct my interview with Ari. My mind was left somewhere behind on a golf course. Me, a stockbroker who had the mind of a Patrick Bateman but with a flipswitch of true empathy, and a homeless poet named Eric who went by the name of Charles I had met while hiking El Dorado Springs, CO decided to all trip on MDMA the stockbroker spent top dollar on in Holland, and for all I knew all he had.

When my brain had settled from a night of childlike amusement rip roaring through midnight full moon golf courses I decided to give Ari a call. Cellphone contact was by no means to turn up any meaningful communication. Ari was somewhere in New York with some time to spare in between comedy sets and I was near the ridge of a mountain in Colorado with a signal that faded in and out of domestic roaming.

N: How did you get started with Shroomfest?

Ari: July 4th is too much but like nobody’s there July 5th and we’re all comedians so we decided hey will just go out there July 5th— everybody’s gone. So we went out there on shrooms and had a good time. This is like a good mixture. So we called a bunch of comedians to come out and do mushrooms… I don’t know how it branched out? Somebody mentioned on social media or something?

N: I was trying to find the day and nothing seemed consistent as far as when Shroomfest starts.

Ari: Yeah it’s lunar. It goes by the lunar calendar. Yeah look at that lunar calendar and see when the new moon is— the full moon— so that’s going to be the one. If it’s the super moon all the better…Only in the summer, only July and August.

N: So you only do it when it’s nice out?

Ari: It might not be, because we set it way way in advance. A couple years ago me and my friends went out to Calgary for a stampede. It was me Bert Kreischer, O’Neill, Matt Edgar….And then Burt and Kathleen left.  So Me, Brian O’Neill,  and Matt Edgar we’re going to go camping and then it just kept raining….That was our whole plan to go out in those woods…. And then we’re trying to find a cabin and they were all booked. We managed to find one.  And it quit raining. It was a shroomfest miracle.  And then yeah we just walked around the woods all day.

N: When did you start Shroomfest?

Ari: Probably in 2008. The reason why I’m going out on these media sprees trying to announce it and get everybody involved is that more more people have started finding out about it.  And I’m like… you want to join it?

…Yeah I have done it everywhere the UFC, with Duncan Trussell, Edinburgh Scotland, [indecipherable] …hiked up to the top of the mountain in the middle of the night, and Canada…Montreal, Joshua Tree, I don’t know where else, I skated around [indecipherable] Square Park.

N: Did you hear about shrooms possibly becoming legal in California? I talked to this guy Kevin Saunders who is trying to get this California Psilocybin Legalization Initiative(CPLI) on the ballot.

The interview what with twenty minutes of dialogue had ended as quickly as it had begun. If there was any clue on what Shroomfest meant this was a clear indication. A gross oversight on my part, and no thanks to my hackneyed role in the interview. But for one soul that gets wind of this. You may find a on a summery moonlit night in July or August the hysterical laughter of some young teen or midlife comedian, anyone really, walking under the local neon blinking green bar sign of your hometown dusk and walking somewhere else entirely. 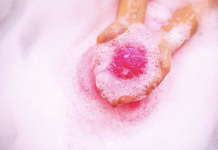 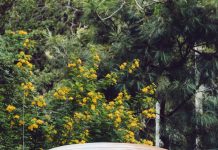