Home bbluntdaily Cannabis: how does it affect neuroticism? 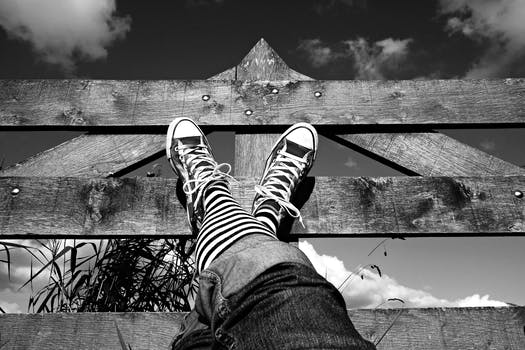 It’s all about ‘the chill’ this week on b.Blunt. The stereotypical idea of weed is that it will “mellow you out,” reduce your anxiety, and put you in a calm place, but is that really the case? Guest blogger John Tsingas explores cannabis and neuroticism.

Marijuana has a deep, commonly-held association as a being a mellowing substance, and there is some substantial evidence to back it up. However, as the number of distinct strains and ways of smoking increases, the range of psychoactive effects on users has followed suit. The factors influencing the psychological effects of marijuana include means of ingestion, strain type, THC content, and preeminent psychological state.

Neuroticism is one of the higher-order personality traits in the study of psychology. It is a salient dimension of personality associated with moodiness and emotions such as anxiety, worry, fear, anger, and depression among others. The common perception of neurotic people is that they tend to overthink and find themselves in spirals of negative thinking. A key element of the trait is that it is associated with a higher difficulty in regulating emotions and mood.

Neuroticism is of particular interest with respect to marijuana use because there seems to be conflicting accounts of its correlation, with some users stating cannabis eases their anxiety and worry, while others firmly insisting on the opposite. While everyone knows about, the mellowing properties of the herb, it’s certainly the case that weed’s negligible toxicity has led to some avoidable ER visits after an ill-advised brownie-induced panic attack.

As High Times points out, cannabinoids entering your brain bind to receptors that control emotional processing, perception, and creative thoughts. A key part of marijuana’s high is its impact on communication between the amygdala and the rest of the brain. The amygdala primarily functions as a mediator of memory processing (unsurprisingly), decision-making, and regulating emotion. The effects can range from mild relaxation and euphoria to paranoia.

THC concentration is a major factor in cannabis’s effect on neuroticism. High THC concentrates like that in hash oil (dabs) agonize the brain’s natural cannabinoid receptors, which can cause hyperactivity in certain brain functions. Dictated situationally and by predisposition, the chemical can stimulate creative thinking for some and fear responses for others  — there is growing evidence that they are regulated by the same brain mechanisms.

Weed has a history of inducing psychedelic states akin to spiritual experiences, dating back thousands of years, to at least the Vedic period in Asia (around 1500 BC). The sacred regard for cannabis culturally seems to stem from the psychoactive amygdalic response to smoking, which heightens the perceptual significance of emotion while stimulating creative thinking. This is compatible with accounts from the ancient Assyrian shamanic cannabis traditions, Rastafarian meditation traditions, and other documented spiritual uses of the plant. Indeed, the term ‘high’ likely originates from the sensation of divine or elevated experience.

Alternatively, it is no secret that accelerating cultivation and artificial selection of weed has increased THC content in the average plant, as those most THC potent have been selected preferentially. This has resulted in the frequent baby-boomer claim “weed isn’t what it used to be.” While THC’s psychedelic impact on thinking can induce creative and even spiritual states of mind, it is likely a catalyst for those predisposed to anxiety and worry to situationally amplify such emotions.

There is mounting evidence that strains and treatments high in CBD can alleviate neuroticism. Its wide and swift adoption in medicine is likely a result of its anesthetic qualities for treatment of diabetes, infections, chronic pain, and glaucoma, among many others. Additionally, high-CBD strains like Indica strain Granddaddy Purple have been explicitly recommended for anxiety treatment for their peaceful and stress-easing properties.

There is a wide range of reports on marijuana’s effect on neuroticism. However, it looks like high levels of THC can increase neurotic emotions, while high levels of CBD can alleviate them. However, different strain imprints and dispensary accounts can be really helpful in determining weed’s effects on neuroticism. Just remember to check the THC content on the package before you finish that whole brownie!

John is a freelance writer from Chicago, IL. As an frequent contributor and a cannabis aficionado, he publishes topical content and cutting-edge articles about marijuana culture. This is his first article with BBlunt Daily.